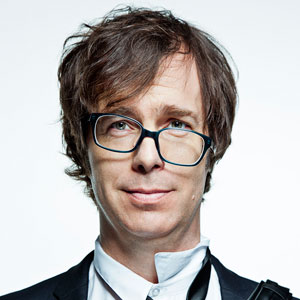 Multi-platinum-selling singer/songwriter/producer Ben Folds first found mainstream success as the leader of critically acclaimed band Ben Folds Five. He has gone on to lead a vastly successful solo career, recording multiple studio albums, a pair of live records, a remix record, music for film and TV, and collaborations with artists from Sara Bareilles to William Shatner. An advocate for the arts and arts education, Folds was a judge on NBC’s a cappella competition, “The Sing-Off,” for five consecutive seasons. Most recently, Folds has delved into the classical arena, collaborating with New York City chamber ensemble yMusic on his new album So There. No matter what new genre he explores, Ben Folds retains his trademark creativity, accessibility, and vaunted knack for hook and harmony.