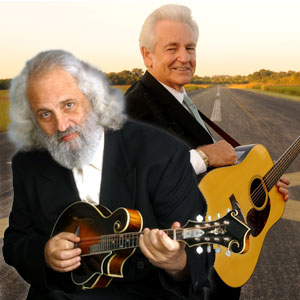 For hard-core bluegrass fans, guitarist/bandleader Del McCoury’s music has defined authenticity for more than five decades. Mandolinist, composer, and bandleader David “Dawg” Grisman has also long been a guiding force in the world of acoustic music, skillfully combining elements of jazz and bluegrass with international flavors and sensibilities to create his own distinctive idiom. McCoury met Grisman at the first show Del ever played, in Greenwich Village in 1963, and the two formed a deep musical bond. At DCA, “Del & Dawg” will celebrate the half-century of bluegrass friendship that these two legendary musicians have shared.