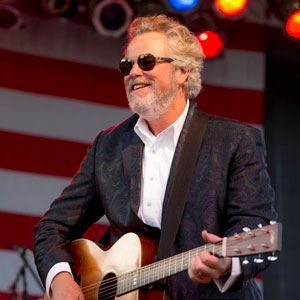 Houston native Robert Earl Keen has never worn his Texas heart on his sleeve, but he’s long been regarded as one of the Lone Star State’s finest singer-songwriters. From his humble beginnings on the Texas folk scene to his college friendship with Lyle Lovett (the pair wrote songs together at Texas A&M), Keen has blazed a peer-, critic-, and fan-lauded trail that’s earned him pioneer and living-legend status in the Americana music world. Three decades after the release of his debut album—with eighteen other records to his name and thousands of shows under his belt—Keen remains as committed as ever to his songwriting craft.