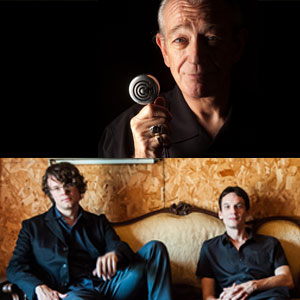 Blues harmonica player Charlie Musselwhite is living proof that great music only gets better with age. After cutting his musical teeth in the early ’60s alongside Muddy Waters, Howling Wolf, and other Chicago blues greats, Musselwhite is still going strong, riveting audiences with a voice and harp tone like no other.

Brothers Luther and Cody Dickinson grew up soaking in the music of their father, Memphis legend Jim Dickinson, absorbing north Mississippi’s musical legacy through nights at the local juke joints. In 1996, Luther (guitar, vocals) and Cody (drums, vocals) decided to use this musical background as the foundation for a new band, and the North Mississippi Allstars were born, pioneering their own brand of blues-infused rock and roll.