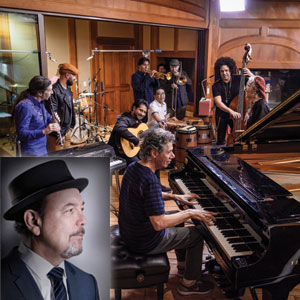 Since embarking on a solo career in 1966, Chick Corea has stood at the forefront of the jazz world as an innovative jazz pianist and electric keyboardist. From straight ahead to avant-garde music, bebop to fusion, children’s music to symphonic works, Corea has touched an astonishing number of musical bases in his illustrious career. With 65 Grammy nominations, Corea is the fourth-most-nominated artist in the history of the Grammy Awards. Corea will be joined at DCA by his brand-new Spanish Heart Band, a flamenco-charged eight-man band of Latin rhythm masters. Special guest Ruben Bladés, whose Latin jazz music the New York Times calls “catchy, propulsive and good-natured,” will play the opening set.

“He completely devastated the landscape. It was like scorched earth — so musical, so powerful, so incredibly virtuosic.” – Sting