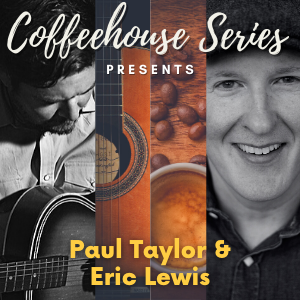 Paul Taylor is a Grammy/Emmy nominated second generation Memphis musician who has honed his craft over a lifetime of gigging, recording and touring as a drummer, bassist and guitarist with a wide range of artists, including Eric Lewis, Chuck Prophet, Robert Ellis, Reba Russell, Ann Peebles, Eric Gales, Jim Dickinson, Shawn Lane, Jimbo Mathus, Amy LaVere, Mason Ruffner and many more. All of these experiences, along with being steeped in Memphis music since birth, have informed Paul’s solo recorded output – ‘Open Closed’ (2007), ‘Share It’ (2009), and ‘The Old Forest Trail’ (2015) all under his own name, and ‘Old Forest Loop’ (2018), ‘The Music Stands.’ (2020) and the forthcoming ‘It Is What It Isn’t’ (2021) under his alias, New Memphis Colorways. Paul also frequently performs as a solo acoustic songwriter act with folk, indie, jazz and blues tinges. Paul claims eclectic influences such as Joni Mitchell, MS John Hurt, Alex Chilton, Jerry Reed, Duke Ellington and Marvin Gaye! Paul’s live sets reflect his wide ranging influences and also feature some looping and self jamming!

Known for his consummate skill on a plethora of stringed instruments, Memphis-based multi-instrumentalist Eric Lewis travels across North America playing swing, bluegrass, country, folk, and rock music. A recipient of the Premier String Player Award from the Memphis chapter of the National Academy of Recording Arts and Sciences, Lewis has earned accolades nationwide for his prowess on guitar, dobro, steel guitar, mandolin, and more. Known for his impeccable musical taste as much as for his hot guitar licks, Eric Lewis has performed or recorded with artists like Hi Rhythm greats Leroy and Charles Hodges, Jimbo Mathus, Amy LaVere, Keith Sykes, Kelley Mickwee, Carolyn Martin, Rory Hoffman, Claudia Russell, Gail Bliss, Jason Petty, E Squared artist Cheri Knight and Prairie Home Companion favorites Robin and Linda Williams. A Tennessee native, Eric Lewis began playing guitar when he was 13 years old. Having attended the University of Memphis on a Trumpet scholarship, Lewis’ musical acumen is as broad as it is deep, extending into classical and rock music as well as the roots music he currently plays. His widespread, eclectic musical knowledge makes him a skilled teacher, composer, arranger, and producer as well as an instrumentalist. But it is his prodigious instrumental skill that distinguishes Eric Lewis from the dense pack of American guitar players. Karl Brandenburg of The Independent Register (Madison, Wisconsin) raves, “A young fellow with a Collings guitar asked if he could sit in. Sit in, he took the place apart! I have heard many excellent flatpickers, but he was as good as any I’ve met. He was Eric Lewis from Memphis, Tennessee.” Mark Jordan of The Memphis Flyer agrees: “Eric Lewis has proven himself to be one of the city’s finer pickers.” “Eric Lewis defies the old saying about the Jack of All Trades being master of none. Whether he’s picking mountain music with a string band grinding out blues, or making the sacred steel squall cry, “masterful” is one of the two adjectives that immediately spring to mind. “Authentic” also works.” – Chris Davis, The Memphis Flyer Lewis, who lives in Memphis, currently travels widely with OBIE winner Jason Petty’s shows Hank and My Honky Tonk Heroes and Classic Nashville Roadshow which also features the award winning Katie Deal. Eric has played extensively with Gail Bliss, including for the first national tour of Patsy! Lewis also has a strong connection with the vibrant arts community in Door County, Wisconsin, where he regularly packs houses, plays often with the acclaimed Katie Dahl, Northern Sky Theatre (formerly American Folklore Theatre), and was named “Best Male Musician” in Door County Magazine’s Best Of 2008 reader poll. Lewis also has an extensive discography to his name, including a solo acoustic instrumental album A Prayer for Gladys (2010) and his most recent 2017 release Before the Last Time.