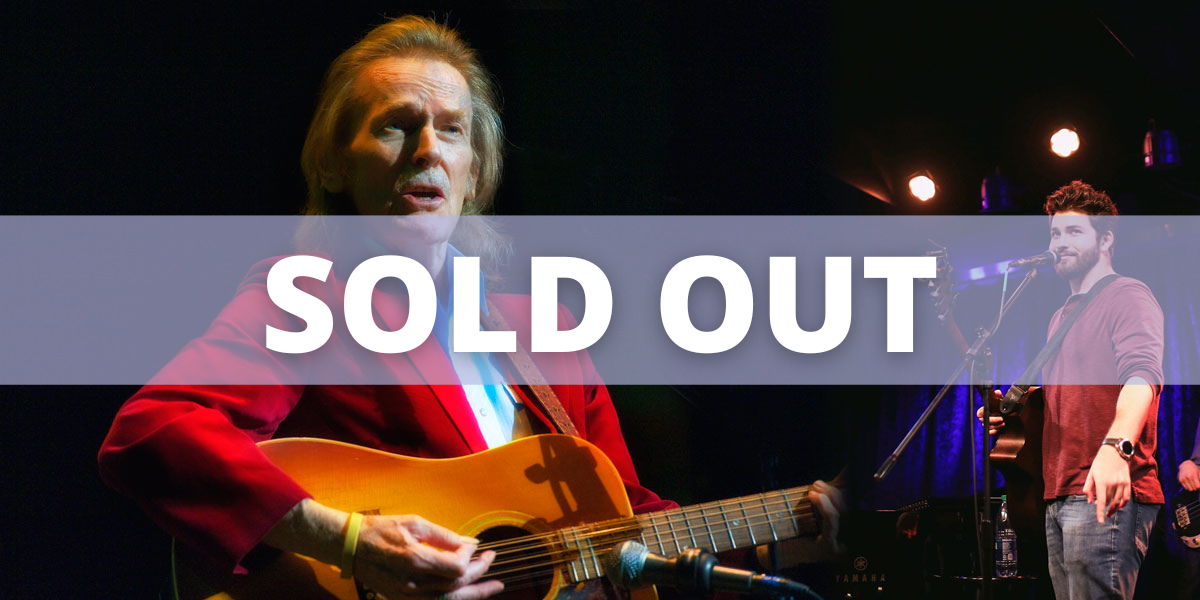 After more than 50 active years of hit songwriting, and international album sales well into the multi-millions, it’s safe to say that esteemed singer-songwriter and musician Gordon Lightfoot resides near the top of the list of all-time great songwriters in the English language. His vast and varied catalog of songs (which includes hits like “Early Morning Rain,” “If You Could Read My Mind,” “Sundown,” “For Lovin’ Me,” “The Wreck Of The Edmund Fitzgerald,” and “Rainy Day People”) has led to acclaim from fans and peers alike. As Kris Kristofferson said, “Gordon Lightfoot has created some of the most beautiful and lasting music of our time.”

“I can’t think of any Gordon Lightfoot song I don’t like. Every time I hear a song of his, I wish it would last forever.” – Bob Dylan

Jake Wildhorn is a singer-songwriter whose music blends acoustic nuance with contemporary pop energy. From beat-heavy takedowns of internet culture to stripped-back guitar ballads, Jake showcases dual grit and light riffs in his rich vocals. After his debut at the BB&T Center, Jake spent years in NY/LA studios honing his writing and producing abilities. His first self-titled EP “Jake Wildhorn” and most recent single “Sleeping with Fire” are available streaming on all platforms.