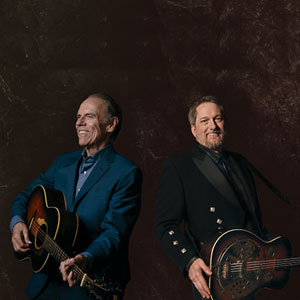 The Los Angeles Times calls John Hiatt “one of rock’s most astute singer-songwriters of the last 40 years.” A master lyricist and satirical storyteller, Hiatt delivers songs filled with tales of redemption, relationships, and surrendering on his own terms. Based in acoustic blues and roots/rock, Hiatt’s songs have been recorded by Bob Dylan, Bonnie Raitt (“Thing Called Love”), and Emmylou Harris. Hiatt will be joined at DCA by world-renowned Dobro virtuoso (and 14-time Grammy winner) Jerry Douglas and his band. Douglas (“the Jimi Hendrix of the Dobro”) is best known for his work with the Earls of Leicester, Alison Krauss and Union Station, and artists like Garth Brooks, Ray Charles, and Paul Simon.