We are happy to share DCA's Winter Season. As we continue to commemorate DCA’s 30th anniversary, we offer this warm, invigorating, and eclectic mix of mainstage performances, lectures, and coffeehouse concerts. The line-up includes critically-acclaimed performers, intriguing subject matter, and unparalleled cultural opportunities paired with educational experiences for local students and curious minds of all ages. We look forward to learning, laughing, and listening with you this winter! 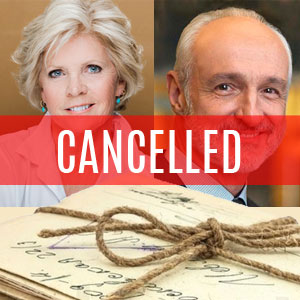 Meredith Baxter and Michael Gross endeared themselves to millions of viewers during the seven seasons they spent starring together on the hit sitcom “Family Ties.” Now they rekindle their dramatic chemistry in a production of “Love Letters” by A.R. Gurney, coming to DCA for just one performance. “Love Letters” centers on the separate but entwined lives of two pen pals, who through 50 years of letter-writing share with one another their hopes, ambitions, disappointments, victories, defeats, and dreams. Though the play has been performed thousands of times since it premiered in 1988, Baxter and Gross’s deep, long-running connection makes this production particularly strong and resonant.

Supporting Sponsor:
A Friend of the Auditorium