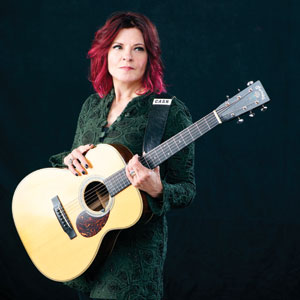 One of the country’s preeminent singer-songwriters, Rosanne Cash has released 15 albums of extraordinary songs that collectively have won four Grammy Awards and earned nominations for 11 more. The daughter of country music icon Johnny Cash, Rosanne Cash carries on her family’s legacy. But her music is all her own, marked by her clear, unmistakable voice and poetic songwriting blend of country, folk, gospel, pop, blues, Americana, and jazz. Through songs that reckon unflinchingly with a flawed and fragile world, Cash summons the American spirit in all its rich history, heartache, joy, and humanity.

“A voice of empathy amid uncertainty…Cash conveys longing without wallowing in it.” – Chicago Tribune