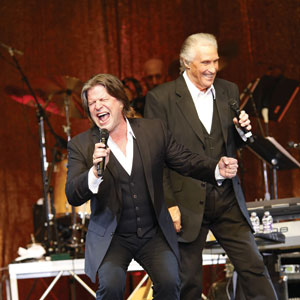 Starting in 1962, The Righteous Brothers made a name for themselves worldwide with hits like “Unchained Melody,” “Soul and Inspiration,” “The Time of My Life,” and “You’ve Lost That Lovin’ Feelin’” (according to some, the most-played song in radio history). Original members Bill Medley and Bobby Hatfield were inducted into the Rock and Roll Hall of Fame in 2003. Though Hatfield died later that year, Medley has since joined forces with versatile vocalist Bucky Heard to bring The Righteous Brothers’ pioneering brand of soul back to life.