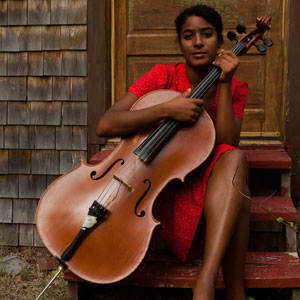 Leyla McCalla is a New York-born Haitian-American living in New Orleans. Proficient on cello, tenor banjo, and guitar, McCalla (formerly of the Carolina Chocolate Drops) sings in French, Haitian Creole, and English. Deeply influenced by Creole, Cajun, and Haitian music, as well as by American jazz and folk, McCalla’s music is at once earthy, elegant, and witty—soaked in three centuries of history, yet also fresh, distinctive, and contemporary.