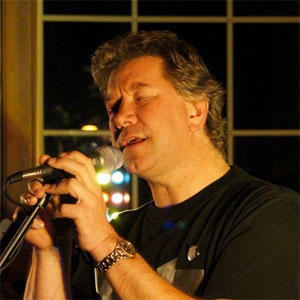 Sturgeon Bay native Ben Larsen has been singing since kindergarten (with, he points out, occasional breaks for meals). While still in high school, Larsen was the drummer for the band Fresco, also featuring Sturgeon Bay musician Michael Raye. He was also a member of legendary Door County band The Johnsons. In young adulthood, Ben Larsen performed for several years with the Heritage Ensemble (now Northern Sky Theater), during which time he learned to play guitar. After taking a hiatus to raise his kids, Larsen put his solo act back together and now performs his trademark brand of smooth pop-folk across the Door peninsula.