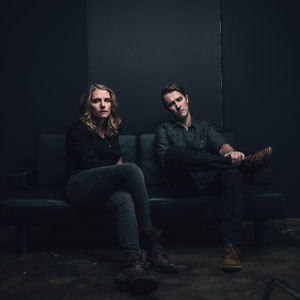 Milwaukee-based folk band Dead Horses have cultivated a soulful roots sensibility based around the powerful literary and musical force of frontwoman/songwriter Sarah Vos. Raised on Bible hymns by her preacher father, Vos’ backstory sounds more like that of an old Mississippi bluesman than a young Wisconsin folksinger. Despite their youth, Vos and her collaborator, bassist Daniel Wolff, have crafted a timeless sound that’s informed as much by early American prose as it is by modern Americana music. Named a “Wisconsin Band To Watch” by the Milwaukee Journal-Sentinel, Dead Horses tour tirelessly, performing with bands like Trampled by Turtles, Mandolin Orange, and Elephant Revival. Dead Horses swept the 2017 WAMI Awards, taking home “Best Americana/Bluegrass Artist,” “Best Female Vocalist,” and “Best Album of the Year” for their September 2016 release “Cartoon Moon.”