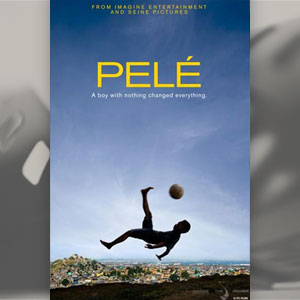 Pelé is known around the world—he’s a national hero in Brazil, and he’s an international sports legend who changed the game of soccer forever. But before he was an icon, he was a kid from the slums of São Paulo, so poor that he couldn’t afford a real soccer ball. This biographical drama chronicles Pelé’s meteoric rise from scrubbing floors to support his family, to honing his electrifying playing style on the streets, to leading Brazil’s national team to its first World Cup victory in 1958, when Pelé was just 17 years old. Featuring Vincent D’Onofrio and Brazilian musical star Seu Jorge.